Electrocution is now the single most important cause of morality for a number of endangered raptor species. 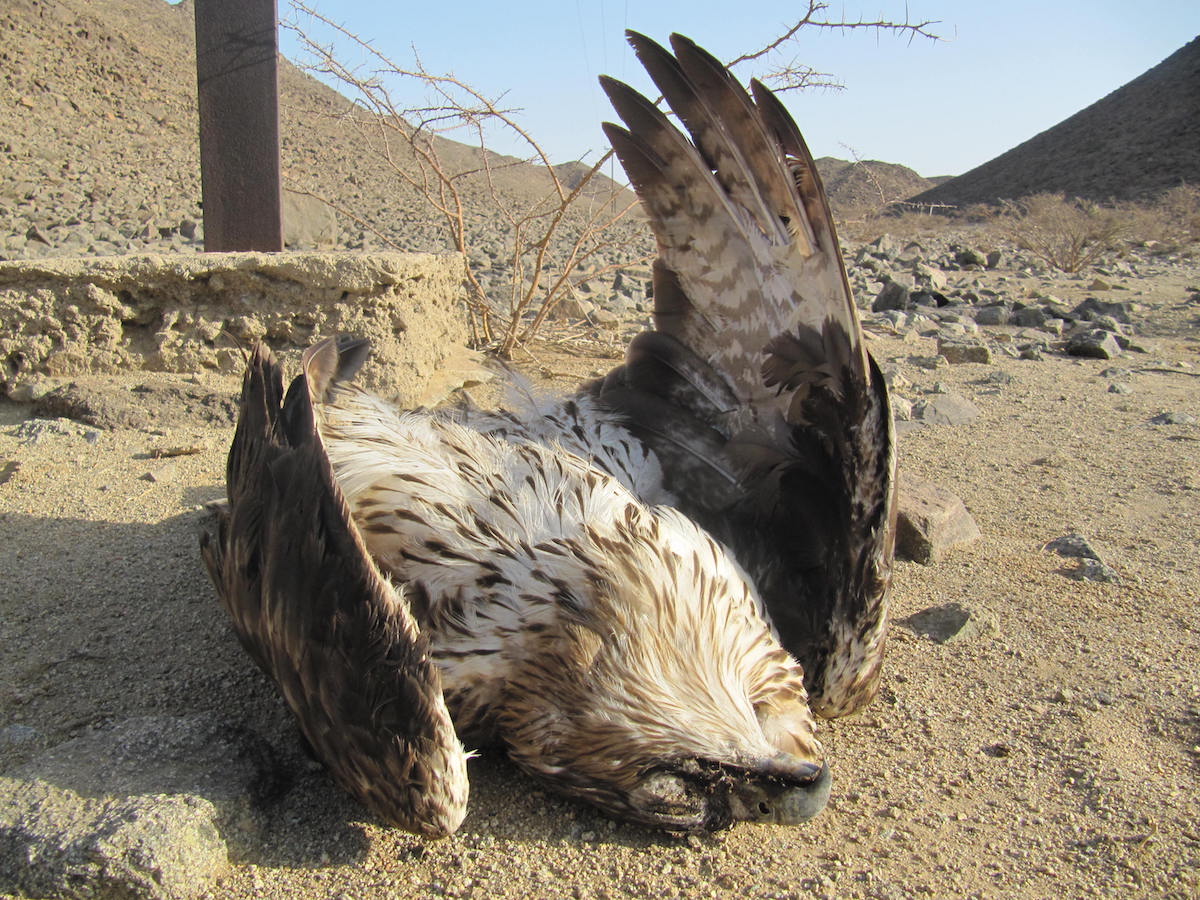 The impact of electrocution can be especially severe for globally threatened predators and scavengers such as the saker falcon, steppe eagle, Spanish imperial eagle, Egyptian vulture, white-backed vulture and Cape vulture.

Bird electrocution occurs in countries throughout Europe, killing many threatened and iconic species such as eagles and storks.

In Africa, eagles and vultures are frequent victims of a rapidly growing network of poorly designed distribution lines. Similar rapid growth in infrastructure is occurring across Asia, killing enormous numbers of migratory species including falcons and eagles.

A study funded by the Environmental Agency of Abu Dhabi conducted with the Eastern Energy System power company in Mongolia demonstrated the electrocution of 55 saker falcons per ten kilometres of power-line per year on a test section.

In the Americas, eagles and other raptors are killed in large numbers across both the Northern and Southern continents, while endemic species can fall victim to power lines in Australasia.

Globally, hundreds of thousands of birds are electrocuted annually, a significant proportion of which are threatened species. A lack of awareness regarding the mechanisms causing bird electrocution, its impact, and potential means of remediation, has resulted in the global spread of this ‘silent epidemic’.

How electrocution impacts on globally endangered raptors and migratory birds