Impact on endangered and migratory species 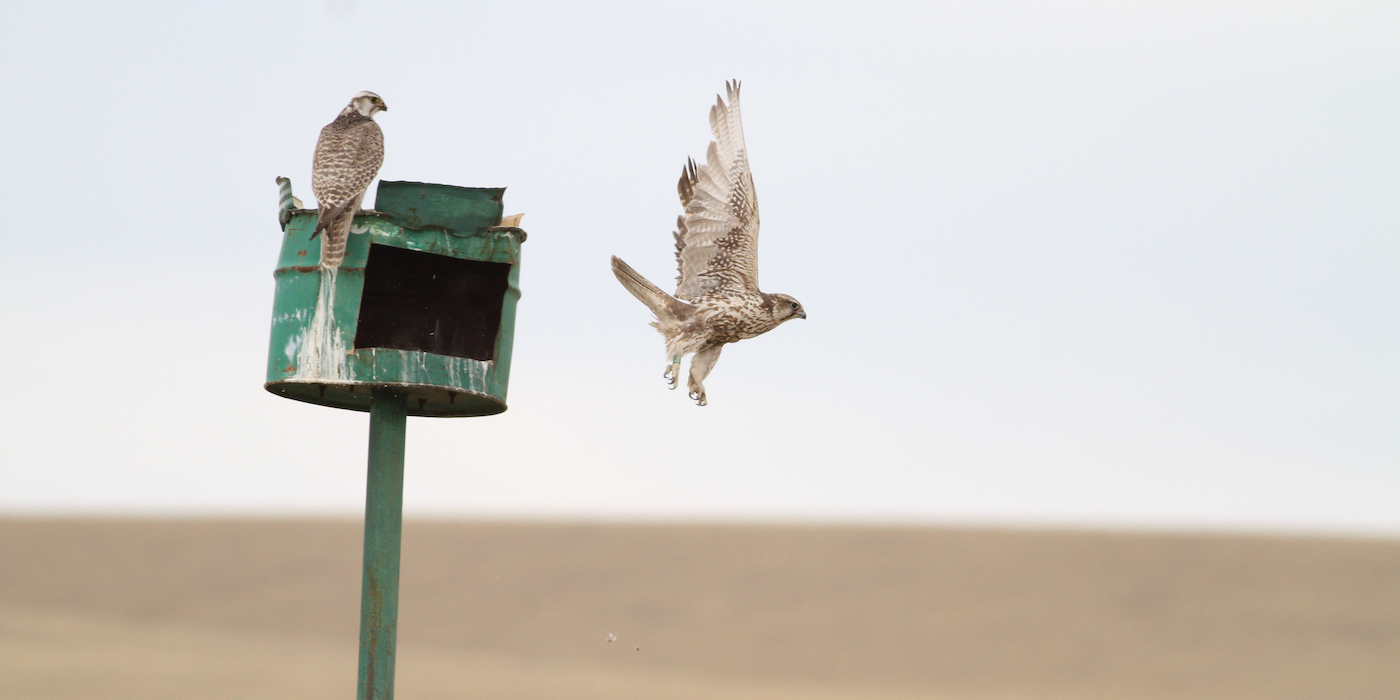 The endangered saker falcon is a bird of open habitats where it often uses power poles as a vantage point to hunt small mammals. This large falcon is particularly at risk of electrocution and significant numbers are killed at power poles across its distribution range from Hungary, through Kazakhstan and Russia, to the high plateau of Tibet and the steppes of Mongolia.

Several satellite-tracked birds from monitored populations in central Europe and a reintroduction project in the Balkans have been found killed at power lines.

Thousands are electrocuted annually across Central Asia, with the larger females being more susceptible than males resulting in a male-biased population. This demographic impact on the population makes the species more vulnerable to extinction. 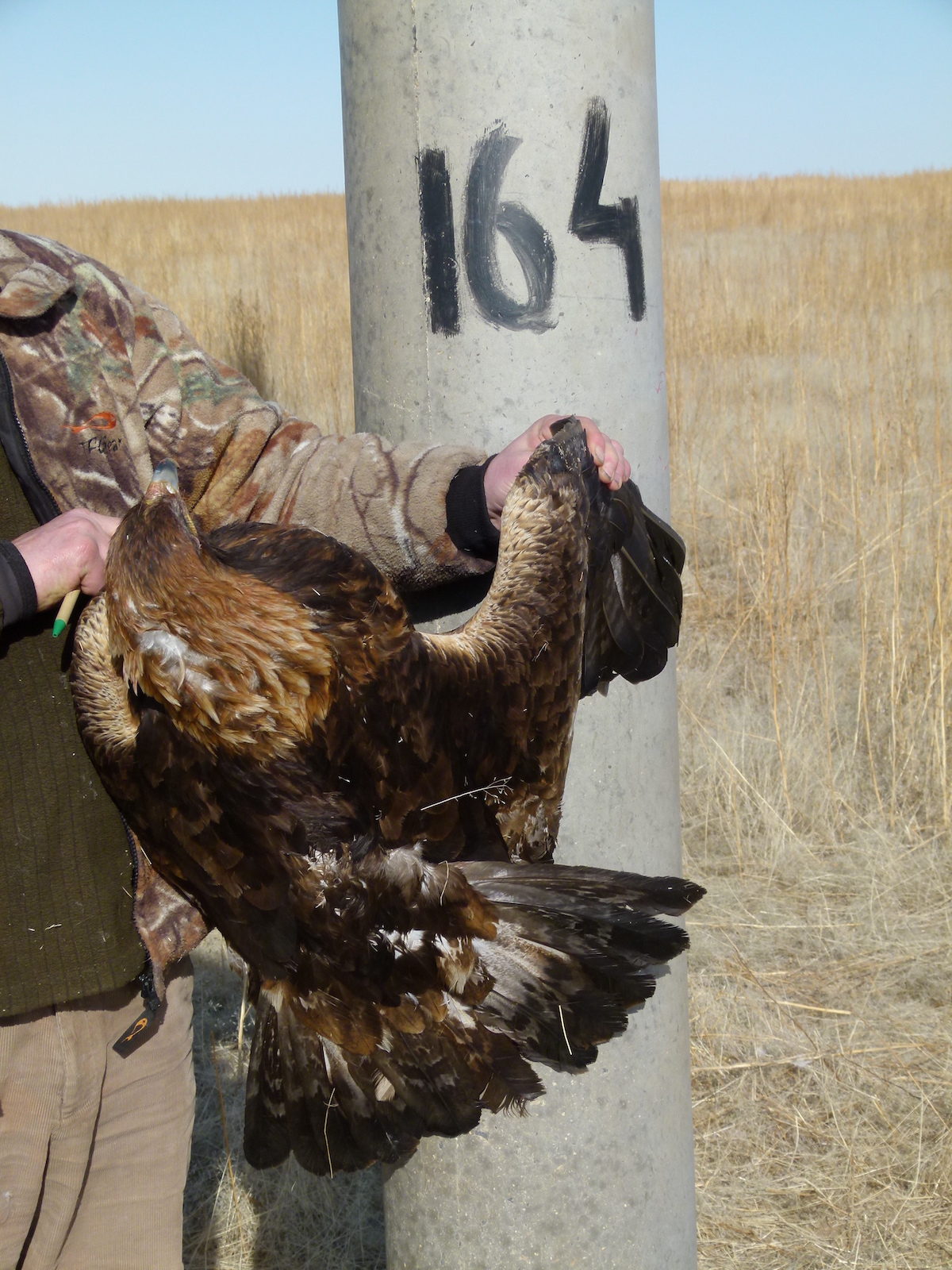 Electrocution is a major cause of death for eagles in North America. Their large wingspan means that they can make contact with two wires simultaneously when taking off or landing on a power pole.

Golden eagles are considered the most vulnerable species to electrocution in North America and it has been estimated that up to 25% of the population die at power lines.

Electricity distribution lines in open landscapes close to water bodies where bald eagles forage are known to be particularly dangerous for the species. National Bald Eagle Management Guidelines in the USA recommend siting lines away from eagle foraging and roosting areas. 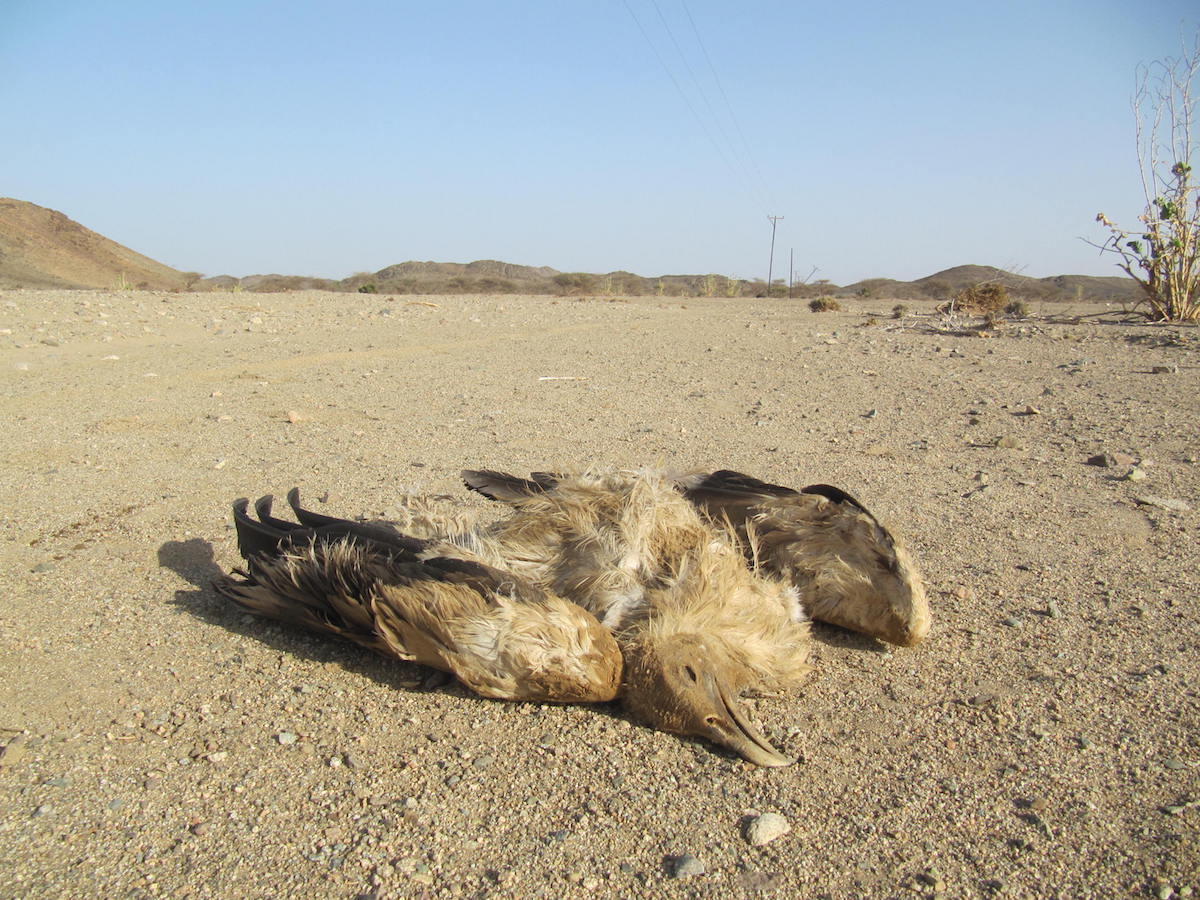 The vultures of Africa are in crisis, undergoing severe population declines primarily as a result of poisoning, but also due to the rapidly expanding network of electrical infrastructure across the continent.

The size and enormous wingspan of vultures means that they face a high risk of electrocution. Large numbers can die when they congregate at carcass sites near power lines.

In addition, species such as Cape and white-backed vultures frequently use power lines to roost or perch communally, resulting in mass mortality events. It is estimated that up to two-thirds of Cape vultures die at power lines. For these long-lived vulture species, electrocution mortality is believed to have had a significant impact on their populations.

The globally endangered Egyptian vulture is a migratory species that typically aggregates at particular ‘bottleneck’ locations during migration, power lines offer an attractive location for flocks to perch and roost.

At one such site on the Red Sea coast, a 31-kilometre power line is estimated to have killed over 5,000 Egyptian vultures during the 80-year period it was in operation at Port Sudan.

Mortality at this one line significantly contributed the population decline exhibited by this vulture species.